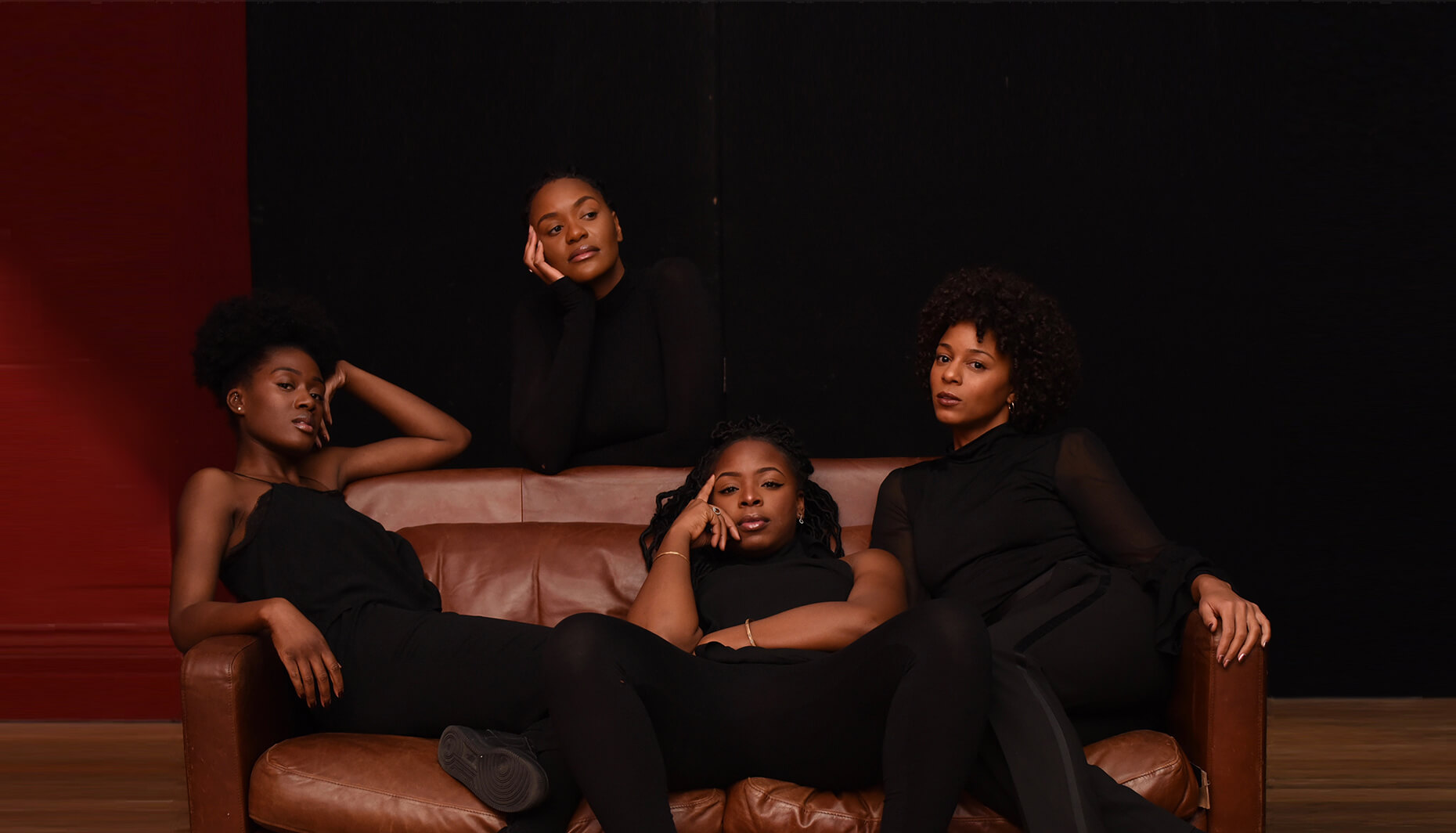 Turned away from a nightclub for being “too black”, four women take to the stage with their own explosive true stories: the music and the misogyny, the dancing and the drinking, the women and, of course, the (white) men.

Loosely based on the DSTRKT nightspot incident of 2015, Queens of Sheba tells the hilarious, moving and uplifting stories of four passionate Black Women battling every-day misogynoir; where sexism meets racism.

‘[A] THEATRICAL FIREWORK, IN WHICH FOUR TERRIFIC PERFORMERS BURST ACROSS THE STAGE USING SONG, MOVEMENT AND SPOKEN WORD TO EXAMINE MISOGYNOIR.’
★★★★ Independent

The event is finished.